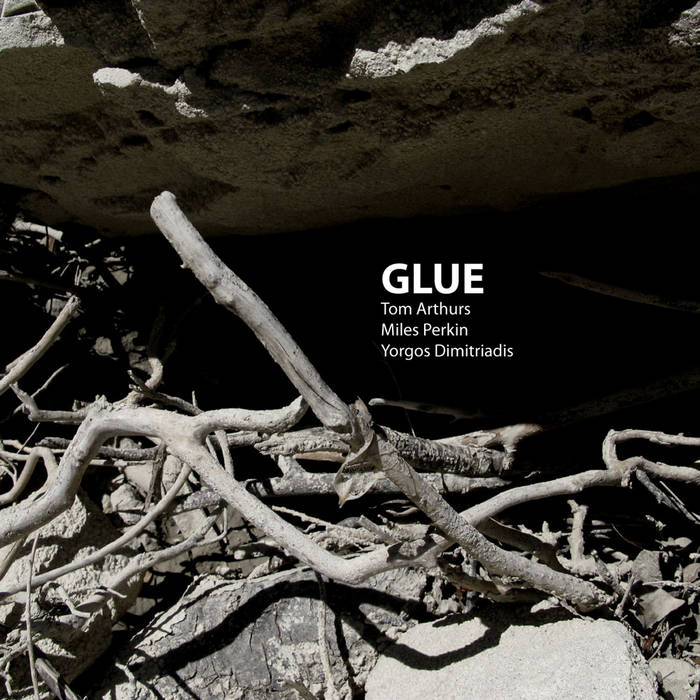 Although the music of Glue is as unique and distinctive as its three members, it is also emblematic of a style of music emerging from Berlin today. What has been common knowledge to musicians for some time—at least to those developing improvised music on the borders of jazz, contemporary music, and various forms of popular avant-garde music—is slowly becoming known more widely: over the past ten years, Berlin has transformed itself into the most important place in the world (alongside New York) for the development of new forms of improvised music. During this period, musicians from all corners of the globe have been moving to Berlin to work together, and nowhere else can one find such an international concentration of experienced improvisers. In addition to the high quality of their musicianship, their broad cultural and geographic origins form the basis for a wide range of highly specific musical ideas and concepts. Nowhere is it easier for musicians to come into contact with each other, get to know each other musically, and try out new formations. The beginning of this international influx was undoubtedly due to the attraction of Berlin's comparatively moderate living costs, including both the rental of living, practice, and performance spaces and the exciting working conditions that musicians can create for themselves here. And while Berlin is not a town where much money can be earned from performing new music, it remains an ideal laboratory for the creation of new music that can then be presented around the world.

Glue consists of Tom Arthurs, Miles Perkin, and Yorgos Dimitriadis. While they are all experienced with many forms of music making, they clearly share a common background in jazz.

The drummer Yorgos Dimitriadis (b. 1964 in Thessaloniki, Greece) has worked as a professional musician since 1980, at first in various Greek blues and rock bands. He later studied in Boston and New York with Bob Moses and Alan Dawson, while picking up influences from musicians such as John Zorn and Steve Coleman (primarily in jazz-influenced groups). After extended periods in Thessaloniki and Paris, Dimitriadis moved to Berlin in 2006 in pursuit of the many opportunities here to develop his own style of drumming together with other musicians.

The trumpeter Tom Arthurs (b. 1980 in Corby, England) began playing at age 9, and studied in London and Canada with Dave Douglas, among others. Although Arthurs moved to Berlin in 2008, he maintains close musical contact with London, where he has worked as a musician since 2001, notably with his trio Arthurs.Høiby.Ritchie.

The bass player Miles Perkin (b. 1980 in Canada) came to music through his father, a rock guitarist and high-school music teacher. Perkin started to learn drums at age three and at five began to play regularly in high-school rock bands, also on guitar and bass. He studied classical and jazz contrabass in Montreal and later in New York with Mark Helias. Perkin moved to Berlin in 2009, where he met Arthurs again, eight years after they were students together at the Banff Centre for the Arts in Canada. Perkin still works closely with many Montreal musicians, with whom he has released several CDs, including two by his own group, Common Thread, and in Europe with the Miles Perkin with Tom Arthurs, Benoît Delbecq and Thom Gossage.

Glue first met in Berlin, in the summer of 2009, for a jam session that produced only negative memories. Far too many notes, much too loud, too cluttered, too unsettled—in fact, everything that they subsequently agreed their music shouldn’t be. By their first concert in July 2009, however, it was already a different story. The basic elements of their music were in place and would be developed in the concerts to follow.
Glue's music springs directly from the multitudinous musical experiences of its three members; it is freely improvised without any predetermined thematic guidelines. For these musicians, it’s about a coherent group music. Instead of solos with accompaniment, one finds a closely interwoven network of equal instruments. Each musician takes care of balancing action and reaction, playing and listening. It’s about a variety of changing, finely nuanced sound-colours and maintaining intensity at low volumes. At all energy levels, the music exudes calmness, relaxation, serenity, and openness. There are no dogmas, no prohibitions, and no taboos. The pieces almost always start from a clean slate—a rest and silence from which acoustic structures are carved like sculptures. The musicians are simultaneously performers and listeners, giving the music space and finding surprises in whatever comes into being between them.

To listen attentively to this trio is a special pleasure, akin to reading a book or seeing a film. The only difference being that the bystander is a first-hand witness to the entire creative process. Simultaneous idea and realisation—something I encourage you to experience in Glue's upcoming concerts.